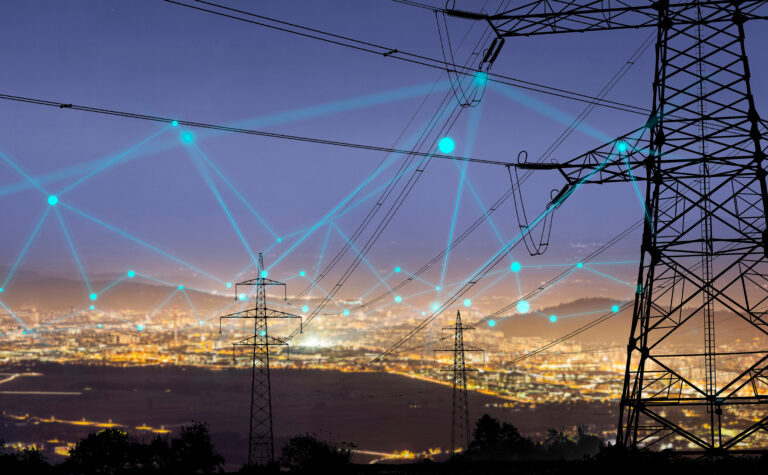 A major challenge facing Australia’s electricity system is how to integrate an influx of distributed energy resources (DER), such as rooftop solar and batteries, into the network.

Australia is leading the world in the installation of rooftop solar per capita (three million households and counting). The CSIRO and Energy Networks Australia estimate that between 30 to 45 per cent of annual electricity consumption could be generated by behind-the-meter energy assets by 2050. Enabling these substantial resources to enter the grid whilst ensuring the physical and technical limits of the network are not breached is the challenge that the evolve project team is rising to meet.

“evolve is about allowing the connection of increasing amounts of solar, batteries and electric vehicles into our electricity networks,” said Mr Ben Weise, Chief Technical Officer for the Battery Storage and Grid Integration Program at ANU. “The project will demonstrate cost-effective ways to increase network hosting capacity through the orchestration and co-ordination of smart software rather than by building more poles and wires.

“These opportunities for distributed energy resources will benefit customers and their communities while ensuring security of supply in the energy sector, as we transition to a future with a greater mix of renewable generation,” said Ben. “The network capacity unlocked by the evolve project will allow customers to access new opportunities to generate, store, share and trade their energy, while maintaining safe network operating limits.“

A key step in meeting this challenge is to observe the grid in real time. evolve is combining existing data sources with new technologies being installed across the network (both by the network and by consumers) in a way that enables greater understanding of the operation of the electricity distribution network. By observing the patterns of consumption and generation, enabled by customer DER, we can identify when, where and why congestion hotspots occur across the network.

Observing the grid will in turn enable better forecasting that will provide customers with a range of information to help inform their decision making around energy usage. For example information can be signaled in real-time to behind-the-meter devices, such as batteries, solar inverters or electric vehicles allowing customers to adjust their usage in order to avoid peak congestion periods. It will also allow aggregators (energy service providers working on behalf of a group of customers) to increase the range of services they offer while ensuring limits of the network are not breached.

The evolve project is:

Analysing: The data to understand network capacity for all parts of the network

Publishing: Details about the congestion within the network will be securely published to customer devices in areas where congestion is currently, or likely, to occur during the day.

Orchestrating: Customers, and their aggregators will be able to more intelligently determine how to operate their batteries, electric vehicles and smart loads in their houses, businesses and industry in real time, working autonomously and invisibly according to the customer’s preferences for their energy usage patterns.

Ultimately evolve will underpin how we design, build and operate a modern, customer-centric electricity system.

This project received funding from ARENA as part of ARENA’s Advancing Renewables Program and from the NSW Government.

On the calculation and use of dynamic operating envelopes (report)