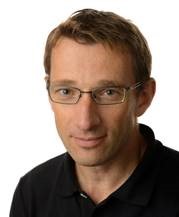 This talk will discuss approaches for facilitating the integration of small-scale distributed energy resources (DER) into low- and medium-voltage networks, in the context of the emerging transactive energy concept. We focus on three general categories: (i) uncoordinated approaches that only consider energy management of an individual user; (ii) coordinated approaches that orchestrate the response of several users by casting the energy management problem as an optimisation problem; and (iii) peer-to-peer energy trading that aims to better utilise the DER by establishing decentralised energy markets. A second separate, but necessary, consideration is that DER integration methods can be implemented with diverse levels of network awareness, given their capability to address system or consumer interests. This talk systematically classifies the existing literature on DER integration approaches according to these categories and analyses their impact on network operation.

Gregor Verbič received the B.Sc., M.Sc., and Ph.D. degrees in electrical engineering from the University of Ljubljana, Ljubljana, Slovenia, in 1995, 2000, and 2003, respectively. In 2005, he was a NATO-NSERC Postdoctoral Fellow with the University of Waterloo, Waterloo, ON, Canada. Since 2010, he has been with the School of Electrical and Information Engineering, The University of Sydney, Sydney, NSW, Australia. His expertise is in power system operation, stability and control, and electricity markets. His current research interests include grid and market integration of renewable energies and distributed energy resources (DER), future grid modelling and scenario analysis, wide-area coordination of distributed energy resources, and demand response. He was a recipient of the IEEE Power and Energy Society Prize Paper Award in 2006. He is an Associate Editor of the IEEE Transactions on Smart Grid.