Modelling hydropower operation in the NEM 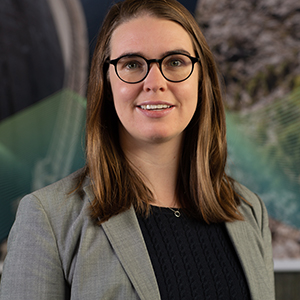 Hydropower generates about seven per cent of the energy in the National Electricity Market (NEM), but about 85 per cent of the energy in Tasmania. Historically, many NEM modellers have used simplistic representations of hydropower. However, as more variable renewable energy enters our system, the firming role of hydropower and other storage technologies becomes more important. Additionally, the impact of the proposed Marinus Link (additional interconnection between Tasmania and Victoria) will increase the interplay between hydropower and other NEM resources.

Modelling hydropower is complex compared to other energy sources due to the deep interdependence between operating decisions at different points in time, as well as the interdependence between different hydropower stations along the same river (or cascade). This presentation will consider the factors required to accurately model hydropower operation in the NEM, and introduce some of the common modelling techniques. Many of these lessons are transferrable to emerging storage technologies.

Pippa Williams is the Senior Operational Research Engineer at Hydro Tasmania, that has owned and operated hydroelectric generation for over 100 years. Her role involves developing models to better operate Tasmania’s complex hydropower system. Pippa has worked in hydropower for eight years, with roles including asset management, production strategy, generator upgrades and commissioning, and future market analysis. She also chairs the Tasmanian branch of the Electric Energy Society of Australia. Pippa is passionate about the role of high-quality and accessible modelling and analysis in supporting Australia’s renewable energy transition.
Linked In profile